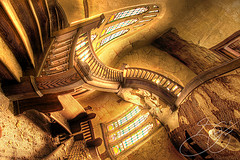 “Church” can be confusing

What is Church? This is one of those questions to which the answer seems obvious until one starts to think seriously about the answer. Think about it… what is your answer? That building on the corner with the steeple?  The body of Christ? All believers down through the ages? The people you fellowship with? All of the above? While each of these have some measure of truth depending on the context; the English word “church” bears scant resemblance to the Greek word it represents.

My last post was considerably longer than usual and generated several suggestions that I try to keep the length of my posts to a more manageable level. Unfortunately I am trying to cover topics or points of view, which are often misunderstood or poorly represented in today’s world. As a result they deserve in-depth coverage.

A case in point is today’s topic: “What is Church?” In order to do this subject justice, and keep my readers happy, (is that possible?;-)  I am going to cover this as a multi-part series. In today’s post I am going to cover the origin of our English word, and introduce the Greek word which the New Testament uses: the word ekklesia (ἐκκλησία)

Those of you who have read my book know that the meaning of certain New Testament words seem to be obscured by transliteration as opposed to translation. Transliteration is simply rewriting a  word from one language, using the spelling and pronunciation norms of another. Some common examples of transliterated words in the New Testament are baptism, apostle, and Christ. The Greek words baptizo, apostolos, and christos mean dip, immerse or wash; ambassador or emissary; and king, respectively. As you can see, transliteration does nothing to help a reader understand the author’s intent.

What is Church in English?

As a starting point we should consider what an English dictionary can tell us about the meaning of our word. Dictionary.com gives us the following for church:

Most serious Christians will recognize instantly that while many people may think of a building when they hear the word church; this is not the way the Bible uses the term. When asked “what is church?” they rightly understand that the term is a reference to a group of people who have given their allegiance to Jesus Christ—whoops—I mean King Jesus. In spite of this, few who are part of the Church understand the full significance of this reference. Our goal is to fully explore the significance of this over our next several posts. For now you should simply keep in mind that none of the dictionary definitions convey this thought.

The fact that the Spanish word for church, “iglesia” is clearly a transliteration (as it is in many languages) is an indication that some attempt has been made historically to obscure its meaning. This indication is intensified when we realize that the English “church” derives from the German “Kirche” which is a shortened form of two Greek words; “kyriakon doma” (κυριακόν δῶμα).

kyriakon is found twice in the New Testament; once in 1 Corinthians 11:20 and once in Revelation 1:10, and in neither case is it translated as “church.” In both cases it is properly rendered as “Lord’s”; first referring to the “Lord’s supper,” and secondly to the “Lord’s day.” It is an adjective meaning “belonging to a lord.”

It should come as no surprise that the primary dictionary meaning, and the understanding of most people, is that the church is a building; it has meant that since its adoption into the English language. It is somewhat ironic that the English word “church” is indeed a transliteration from the Greek, but not of the word used by our king’s ambassadors (often transliterated as “Christ’s apostles”) to represent the thing we think of as the “Church.”

What is Church in Greek?

So what did the Greek word ekklesia mean? Its denotation is derived from two Greek words meaning “called out,” and many would have us to believe that this is the sense intended by its use in the New Testament. “We are the Church” equals “we are called out of the world.” While this is a true statement, it may not be the meaning of the word. As we learned earlier we must decide how it was used, before coming to our conclusion. To this end we are assisted by the Encyclopedia Britannica which gives:

Ecclesia, Greek Ekklēsia, (“gathering of those summoned”), in ancient Greece, assembly of citizens in a city-state…. the Ecclesia became coterminous with the body of male citizens 18 years of age or over and had final control over policy, including the right to hear appeals in the hēliaia (public court), take part in the election of archons (chief magistrates), and confer special privileges on individuals…. Assemblies of this sort existed in most Greek city-states, continuing to function throughout the Hellenistic and Roman periods, though under the Roman Empire their powers gradually atrophied.

Put simply, an ekklesia was a gathering of citizens to exercise their authority. We are further told that the word eventually became coterminous (having the same boundaries or extent in time, space, or meaning)with the citizenry. In other words by the time of our king’s arrival, ekklesia had become a term that referred to a collective body of citizens excising their authority.

Is this what you think of when you hear the word church? Hmm…

You may email me at:

9 thoughts on “What is Church, according to the Bible?–Part 1”