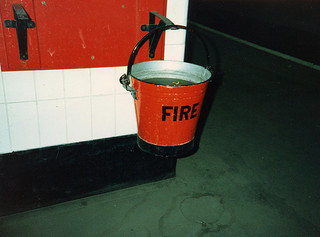 Are you a part of the Gentile church, or the Jewish church? Does such a question even make sense in a New Testament context. Whole systems of theology are based on these seemingly legitimate questions. Yet my reading of the Greek New Testament convinces me that the “Gentile church” in a myth based on a misreading of the text, compounded by the use of Gentile–a word which the does not even have a Greek equivalent.

I closed my last post with controversial statement that if we want to continue translating the Greek word ethnos as “Gentile” we are forced to conclude that according to scripture, today”s Jews, who have not accepted Jesus as king, are Gentiles. Of course this makes no sense in English because in our language Gentile means “non-Jew.” END_OF_DOCUMENT_TOKEN_TO_BE_REPLACED 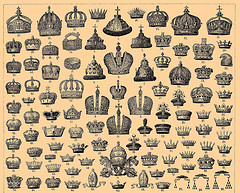 The rulers of the nations…

The New Testament makes clear that the followers of King Jesus make up a distinct and different nation. In past posts we have examined how being born into this new nation places claims on our allegiance and transforms our national identity. This transformation does not eliminate the vestiges of our previous national cultures, but it does start a transformation that over time reveals the mark of Christian culture. We will consider a number of these marks, but today we look at the mark of servant leaders.

It is often argued that there is no such thing as a “Christian culture.” Rather it is held that any culture can be “Christianized.” I can see the truth in that statement, but it is usually part of an argument that does not recognize the existence of the distinct Christian nation we have discussed.The fact is that the Christian nation does indeed have its own distinct culture, and we will examine some of its marks in future posts.

It is important to remember the distinction between nation and State. A nation is a people group with a distinct sense of identity–a culture. A State is the governmental authority over a region.  In the North American melting pot, we can see the influence of many cultures. The now diminishing impact of the New Testament has led many to mistakenly identify some North American States with the Christian nation. The United States, Canada, and other States in the world which give evidence of a Christian cultural influence should not be confused with the Christian nation itself.

In Douglas Adams’ sci-fi spoof The Hitchhiker’s Guide to the Galaxy we are introduced to a civilization which has determined that no one who has any desire to rule is fit to do so. As a result, the method of choosing the the Galactic president is to decide who wants the position least. This sets up the humorous plot line wherein Zaphod Beeblebrox is hunted down in order to enforce his assumption of a position he does not want. END_OF_DOCUMENT_TOKEN_TO_BE_REPLACED 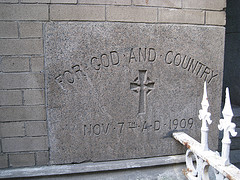 One reason that this idea is not usually even considered is found in the fact that many translations render the Greek word enthos here, as people, which almost completely obscures what Jesus is saying in this passage. I submit that you are not familiar with it, and it sounds strange to you, because you have not been allowed to see it. I am not proposing a human conspiracy here, but am so bold as to suggest that someone does not want this truth exposed. Remember—We fight not against flesh and blood… END_OF_DOCUMENT_TOKEN_TO_BE_REPLACED

Pause for a moment and think—What does the word pagan mean? Seriously—stop reading and say out loud what you think pagan means in the verse above. END_OF_DOCUMENT_TOKEN_TO_BE_REPLACED